In the 17th-20th centuries, in the kingdom of Poland, different heraldries of noble families were published. In these heraldries various Polish and Lithuanian noble families and their coats of arms were described. Many of them described Blinstrubs as well. 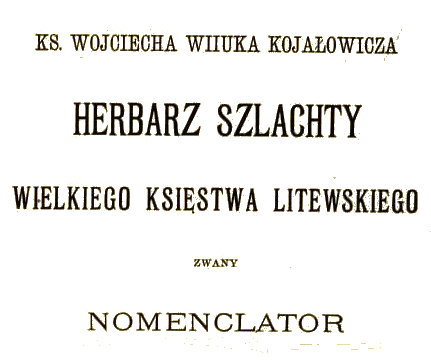 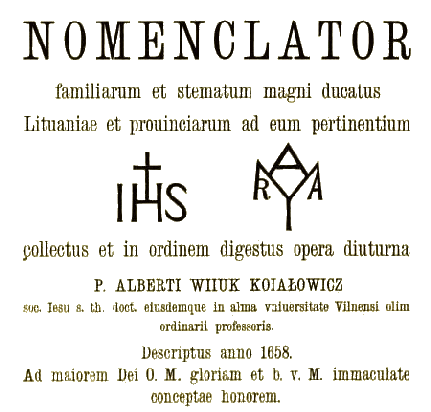 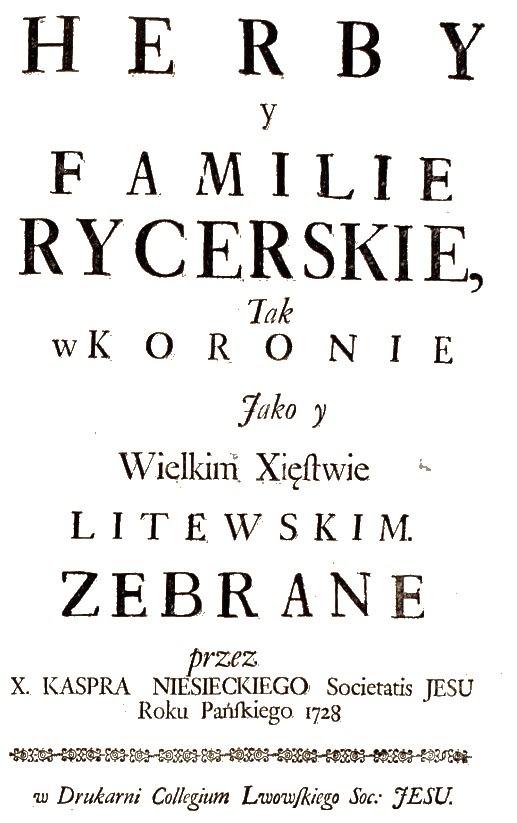 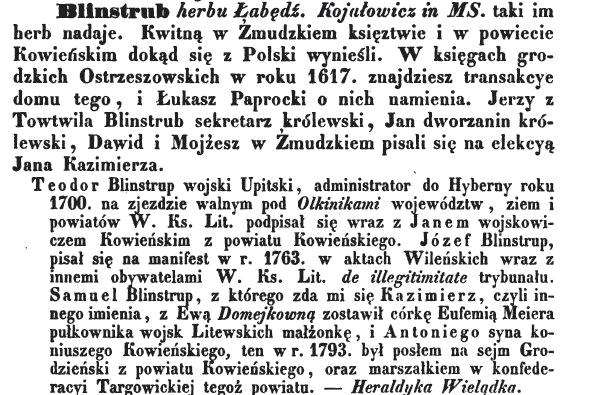 Translation from polish of updated edition (1839): “Blinstrubs, coat of Arms Swan; Kojelavičius assigns such a coat of arms to them. Flourishing in the Samogitian Duchy and in Kaunas, where they moved from Poland (?). In city books of Ostrzeszow, Poland, in 1617 there is a reference to this family and Lukasz Paprocki mentions them.
George Blinstrub of Towtwil, Secretary of (Polish) King John Casimir.
John Blinstrub of Towtwil, royal man of King of Poland King John Casimir.
David and Mosis Blinstrub signed for King John Casimir’s election.
Theodore Blinstrub vojski of Upytė ditrict, 1700 hibern tax (army overwinter charge) administrator. At the meeting of voivodships, lands and counties of the Grand Duchy of Lithuania in Valkininkai, he signed with John from Kaunas.
Joseph Blinstrub, 1763 In Vilnius, together with other residents of the Grand Duchy of Lithuania, signed a manifest legitimizing the tribunal.
Samuel Blinstrup (The Wrong Surname), whose son is Casimir (mistake – in 1753, according the book of the Baptism of the Zeimiai church, son’s name was Carl) left daughter Euphemia Mejeriene, wife and of the Lithuanian Army Colonel and son Anthony, Kaunas horseman. He was the envoy to the Grodno Sejm from Kaunas district and was the marshal of the trade union of the same county.”

Perhaps the most comprehensive, but little bit encoded description of ancient Blinstrubs can be found in the manuscript of Jan Piotr Dworzecki-Bohdanowicz heraldry Herbarz Litewski written in 1827-1840. It can be downloaded and viewed in the Historical Facts and documents page of this website.