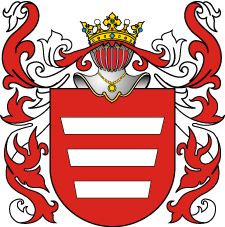 The family used a separate blazon Wręby. Blinstrubs de Chrzczon were also legitimized nobles. A scheme of this family tree can be found in the Family Tree section.